Te Punga o Te Waka a Maui, the original Maori name, positions Stewart Island firmly at the heart of Maori mythology. Translated as “The Anchor Stone of Maui’s Canoe”, it refers to the part played by this Island in the legend of Maui and his crew, who from their canoe (the South Island) caught and raised the great fish, (the North Island).

The more commonly known name however is Rakiura. Translated as “The great and deep blushing of Te Rakitamau” an early Maori Chief, seen today as the glowing sunrises, sunsets and the Aurora Australis or Southern Lights.

Te Rakitamau left his home to ask a high ranking Kati Mamoe family for the hand in marriage of the elder of his two daughters. To his embarrassment he blushed terribly when he was turned down. Te Rakitamau then asked for the hand of the second daughter, but she too was already betrothed. It is said that the red skies of Stewart Island reflect the blushing embarrassment of Te Rakitamau.

In 1809 the ‘Pegasus’, sailing from Port Jackson, Australia, on a sealing expedition had aboard as first officer, William Stewart. While the boat was in the large south eastern harbour (which now bears it’s name ‘Pegasus’), William Stewart began charting the southern coasts, and his work is acknowledged by the Island’s present name.

At latitude 47 degrees south (the “Roaring Forties”), the weather is often unpredictable, but the climate is surprisingly temperate with summer temperatures climbing to the mid-20’s. Sunshine hours are equal to the national average, and while it may be true that it rains on a higher number of days, our annual rainfall is less than that of Auckland. Spring, with its bursts of colour and promise of longer days, is earlier than the rest of Southland. Winters are milder and calmer than those experienced on the mainland. The island’s rainforest and wetlands are a glorious testament to our climatic conditions. In short, without the rain we could not enjoy the Island’s luxuriant vegetation. However, because showers and cold snaps can occur at any time, clothing and footwear for “all seasons” is desirable. 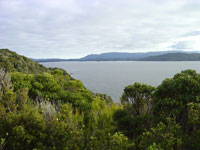 Ulva Island/Te Wharawhara Marine Reserve protects a large slice of Paterson Inlet on Stewart Island. The inlet is a shallow ria – an ancient river valley that has been submerged. Because the rivers that flow into it drain from pristine, undeveloped land they carry little sediment or nutrient run-off. As a result many species thrive in the inlet waters, including kina, sea cucumbers, starfish and brachiopods.

Paterson Inlet is also an important habitat and nursery for at least 56 species of marine fish. The mixing of warm, subtropical and subantarctic waters in the currents around Stewart Island/Rakiura has added to the diversity of species found within the inlet.

Paterson Inlet is home to rare brachiopod species, or lamp shells, that live both on rock and sediment, thriving at depths of less than 20 metres. This makes the inlet one of the richest and most accessible brachiopod habitats in the world.

Stewart Island/Rakiura has more varieties of seaweed than anywhere else in New Zealand. Paterson Inlet is home to 70% of them, including 56 brown, 31 green and 174 red kelp species. Seaweed forests provide habitat, protection and food to support diverse populations of fish and marine mammals. 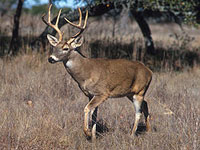 Stewart Island offers hunters the only readily accessible herd of Virginian Whitetail deer in the Southern Hemisphere and is therefore a popular destination for deer hunters.

There are 35 hunting blocks and an open zone within the Stewart Island / Rakiura National Park and 13 Blocks in the Rakiura Maori Land Area. Many of these hunting blocks have specific hunter camps and huts while others share backcountry huts and facilities with trampers.

For more information on transport to Hunting blocks as well as hire gear, see our Hunting Transfers & Gear Hire page. 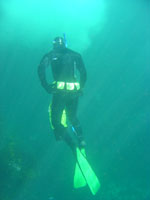 A warm current from the Australian Great Barrier Reef flows onto Stewart Island. This brings a much more diverse variety of marine creatures than would normally be found in waters of this latitude.

Whether you free dive or SCUBA, the tall bladder kelp, which is unique to the island, rises from rocky reefs to the surface like an underwater forest and is the home for a myriad of fish, large and small, and of many species. A large variety of crustaceans and molluscs can also be found inhabiting the reef and sandy bottom areas.

We do provide water taxi transport for SCUBA divers, although you must bring all of your own gear to the island – there are no hire outlets available. We also provide Free Diving Tours. Contact us for further information.

Information courtesy of the Department of Conservation.